Team on their way home!

Just a short note to let you know that everyone is checked in safely in Lilongwe so they will all be on their way home very shortly, with plenty of stories to tell and photographs to show! We hope that you have enjoyed these updates. It has been a real pleasure to work with this team and we hope that they remember their trip for a long time to come!

Wishing them all a safe journey home! 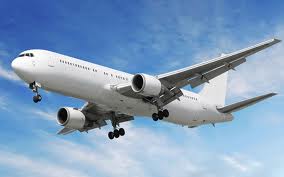 Posted by Inspire Worldwide at 04:13 No comments:

Yesterday morning the team went on their boat safari in Liwonde National Park. They saw lots of hippos, birds and crocodiles! 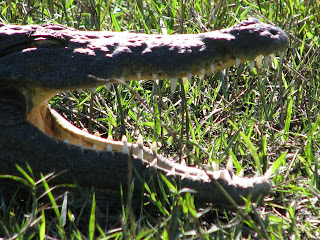 In the afternoon they travelled on to Dedza Pottery Lodge where they set up camp and had the option of going on a hike up into the hills. Many opted to relax after all of the hard work, but Lizzie and Nick went on the hike and really enjoyed the beautiful scenery and views.

Last night they had a lovely meal at the lodge before final night reflections and debrief around the camp fire. There was an awards ceremony with awards presented by Ross and Rosa, and everyone is feeling very proud of what they have achieved.

This morning, after a slap up breakfast at the lodge, they departed for Lilongwe and the flight home...

Will let you know when they are safely checked in in Malawi....

The team arrived at Mvuu Camp in Liwonde National Park this afternoon and set up camp. They then went on their 4x4 safari and had some fantastic spots, taking in elephant, hippo, crocodiles, water buck, impala, kudu and, in Ross's words, 3 super cool animals - a genet, a fish eagle and a civet cat! What a day!
They are just having dinner and everyone is very happy. Today is Dom's birthday and there is a surprise cake on the way... 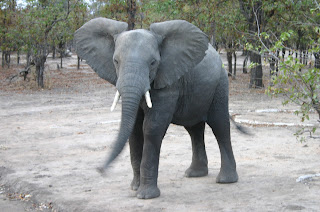 Farewell to the village 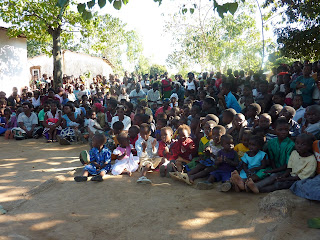 The group worked very hard yesterday morning to make the finishing touches on the project and finished on site a midday.
In the afternoon there was a leaving ceremony held in the village for the team. There were many heartfelt speeches and dances were shared between the group and the community. The Hurst students also sang a song for the community and play the group has been working on with the local youth group stole the show! It was a massive success and special mentions must go out the Hurst actors: Dom, Lizzie, Mike, Laura. Millie and Nick.
Ms Clarke made a speech and gave out the donations from the group, including the photo album of the group's time in the village, which was given to the village chief for the whole community.
Savannah was given the honour of handing over the keys of the classroom to the school's Head Master...
Lots of people came to the leaving party - many of the friends that the group has made and the Hurst students are sad to be leaving.

Yesterday was another amazing day for the team out in Chilingani.
They spent most of the day on site and rushed back for a drama rehearsal - the play is coming along nicely!
The Malawian participants are really shining and the Hurst students are even learning their lines in Chichewa! The group also spent some time practicing a song for their leaving ceremony tomorrow.
In the afternoon Rosa facilitated a workshop in Makaton (simple sign language) for Alice, a deaf girl in the community. The Hurst students and the local community took part and learnt how to communicate with Alice.
Yesterday evening the volunteers prepared their present for the community, which is a photo book, which they will present today.
Today is their last day in the community and I'm sure there will be some sad goodbyes. 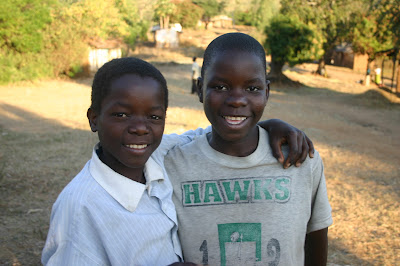 Posted by Inspire Worldwide at 02:01 2 comments:

Yesterday morning the whole group took part in an art class with Young, a local artist who works with the Joshua charity. Everybody was very involved.

Some of the Hurst students rehearsed a play led by Rosa and Enoch from the youth group. The play involves a mixture of young people from Hurst and the local villages.

The group then went to the market in Blantyre to buy some souvenirs before visiting Open Arms Orphanage in the afternoon - another Hurst supported project in Blantyre. Everyone really enjoyed meeting and playing with the children - apparently Dom will make a very good Dad one day!! 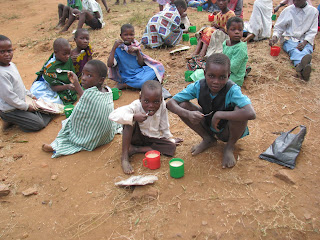 In the evening the group practiced a song for the local church service this morning and had a very early night! It has been a busy few days out in Malawi!

Posted by Inspire Worldwide at 03:35 No comments:

A busy couple of days!

The team have been very busy since our last post!

Rebecca received sugar came as a special treat for her birthday lunch and was given a card, cake and a bracelet from the team!

On Thursday, Mike and Nick went to the feeding centre, which they thoroughly enjoyed, while the rest of the team remained on site painting. Fraser, Laura, Millie, Bex and Jordan all get special mentions for being very involved in the project work!

Friday saw Fraser, Millie and Savannah visit a local feeding centre in the morning, whiz they loved because they recognised some of the children they see around the village. Savannah taught them Twinkle Twinkle and Incy Wincy Spider and the group taught them to play Splat. The morning ended with the Hokey Kokey which was filmed by Fraser. 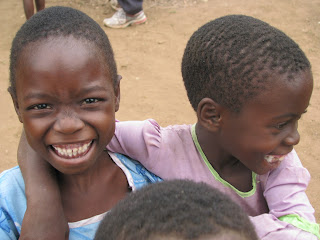